Marsh Fire doubles to 225 acres in Clayton, burning one home, threatening others -Firefighters were battling a blaze near Clayton on Wednesday night that had grown to 225 acres and burned one house after breaking out in the afternoon. (San Francisco Chronicle)

BART murder suspect questioned, awaits arraignment  -Murder suspect John Lee Cowell is expected to face a first-degree murder charge, among others, when he is arraigned by authorities. (The Mercury News)

13 Lululemon stores in Bay Area robbed in past 12 days  -Police believe the thieves in Fresno are also responsible for the robberies at stores in Berkeley, Gilroy, Walnut Creek, San Jose, and San Mateo.  (KGO-TV)

PG&E wildfire plan blasted as bailout of “criminal” utility - The governor this week proposed a plan that could dramatically ease the potential wildfire-related financial burdens on large utilities such as PG&E by potentially shoveling more costs onto ratepayers’ shoulders, a scheme that has been. (BANG)

How San Francisco's District Boundaries Keep Housing Scarce -Last month, after finally being approved by the Planning Department after having to go through a historical study imposed on arguably tenuous grounds, the 75-unit housing project planned for the Wash Club Laundromat site at 2918 Mission Street faced yet another challenge the Board of Supervisors meeting on June 19, with an appeal brought against the project by the Calle 24 Latino Cultural District Council. (Bay City Beacon)

San Mateo Postpones Height Limits Decision -Facing a major decision on building height limits in San Mateo Monday night, the City Council opted to wait until its Aug. 6 meeting to weigh whether it will put to a vote in a special election this year a citizens-driven effort to extend building restrictions or wait to until November of 2020 to poll voters on the measure. (Daily Journal)

Steps to Success for the College Transfer Student -A student recently wrote:  “My family can’t afford to send me straight to a four-year college.  My dream is to attend a community college and transfer to UC San Diego.  What are my chances of filling all the requirements, and holding down a part-time job and transferring in two years?  I know getting the right advice at the right time is very important.” (Lamorinda Weekly)

Tai chi, anyone? CalPERS partners up in effort to fight opioid epidemic  -In addition to internal actions within the pension system aimed at reducing prescription levels for drugs like Oxycodone and OxyContin. (Sacramento Bee)

California's public-employee pensions don't have the luxury of making political statements-Last year the state Legislature considered a bill pushing CalSTRS and CalPERS to divest from the companies that financed the Dakota Access. (Los Angeles Times)

California's powerful climate change agency would keep most of its leaders through 2020 under new plan… Story.

Flavored yogurt is a danger to health. One carton can contain as much sugar as a Pillsbury cinnamon bun. 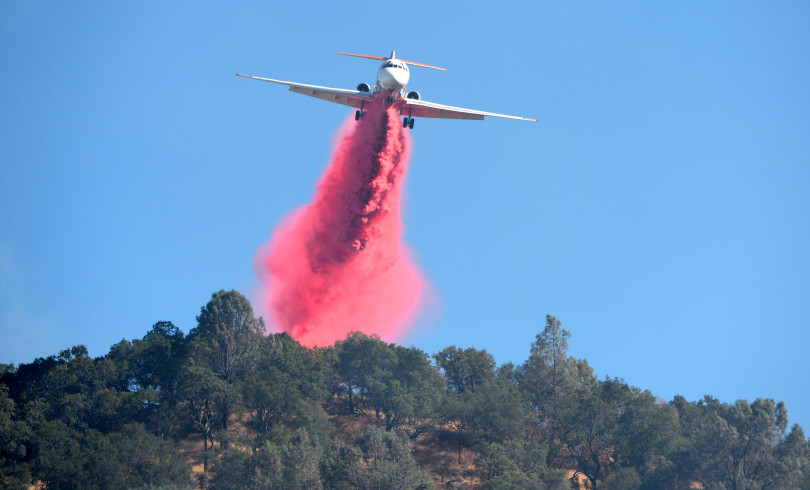 We have the latest coverage of the Marsh Fire in Clayton in Top Stories, above. (Photo: Doug Duran/Bay Area News Group)

The Almost Daily Briefing is an aggregation of links to news articles from local and regional newspapers, magazines, websites, blogs, and other internet sources.  Its purpose is to alert readers to current issues and affairs that may impact Lafayette.  The Almost Daily Briefing does not promote, favor, disfavor, support, reject, or endorse any position, candidate, campaign, or proposition, and nothing about the Daily Briefing, including the selection, presentation, arrangement, or content of the links presented should be construed as an advocacy position. You can sign up to receive the Almost Daily Briefing by email here.