Bay Area heat to peak Monday, raising fire and health risks -The temperatures are record or near record highs, and a widespread heat advisory is in effect for all of the valleys of the Bay Area. (East Bay Times)

2019 Bay Area Metro Award Winners: Part 6: Steven Falk -Steven Falk, decades-long city manager of the City of Lafayette, is recognized for his years of committed service and for his deep commitment to repairing the Bay Area’s housing shortage. (MTC)

Suspect Leads Police Chase In Stolen Car Through Danville - The suspect was eventually caught and arrested after being spotted in a drainage ditch, according to Danville police. (Patch)

Memorial held for former Congresswoman Ellen Tauscher in Walnut Creek -Hundreds of friends, co-workers, and admirers came to the Lesher Center For the Performing Arts in Walnut Creek. (KTVU)

10-Acre Grass Fire May Have Been Started By Lawn Mower -The fire was first reported about 11:25 a.m. at the west end of Briones Valley Road. (SFGate)

Fight Breaks Out At Concord Restaurant, 3 Arrested: Police -Two teen-aged girls were arrested Thursday night after allegedly getting into a fight with each other inside an all-you-can-eat buffet. (Patch)

Pacific Gas & Electric cut off power to 20,500 customers in Yuba and Butte Counties over the weekend as gusty winds and dry conditions heightened the risk of wildfires. The shutdown was part of the utility’s plan to prevent its equipment from sparking potentially catastrophic blazes. (The San Francisco Chronicle)

State officials are grappling with how to cover the costs of wildfires to come. (The New York Times)

Emeryville could get 54-story skyscraper, by far the East Bay’s tallest -A Vancouver company’s plans to bring a 54-story, 638-foot skyscraper to Emeryville — much taller than any other building in the East Bay. (BANG)

Mega-measure: $100 billion traffic-busting tax plan for the Bay Area taking shape -A BART train is seen next to commuter traffic on East bound Highway 24 in Lafayette. (The Mercury News)

County supervisors to hold budget hearing Tuesday -This is due to changes in CalPERS' assumed investment earnings, changes in accounting methodology and revised assumptions. (Davis Enterprise)

California's high-speed rail fail could pay off for other states…Story.

LA Might Make It Illegal To Keep Your Engine Running While Parked… Story.

Air New Zealand staff are free to get inked. The company dropped a ban on visible tattoos after complaints that it discriminated against Māori employees. 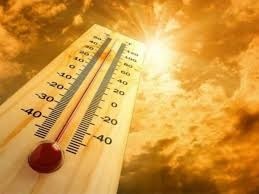