Smoky Haze From Outlying Fires Prompts Dozens Of Inquiries From Edgy Residents Monday -Drift smoke from fires in outlying counties and a fresh 25+ acre fire on Willow Pass Road in Concord dumped large amounts of smoke into the 24/680 area. (News24-680.com)

Brush fire in Concord threatened homes - The Willow Fire burning in Concord Monday has been contained after burning 25-acres. (KRON4)

What Bay Area firefighters are doing to prepare for fire season and how you can help -"Because of these winds, the rate of spread is fairly rapid uphill," said Steve Hill, with the Contra Costa County Fire Department. (KGO-TV)

Excessive heat in Bay Area is breaking records — and BART -Smoke from the Sand Fire in Yolo County, along with other small brush fires burning in Marin and Contra Costa counties could continue to impact air quality. (San Francisco Chronicle)

Extreme heat causes major delays on Caltrain and BART trains for commuters -On the third day of a record-breaking heat wave, even the Bay Area’s public transportation systems were struggling to adapt. (East Bay Times)

Divers retrieve wreckage of small plane from Delta waters near Antioch -Divers from the Contra Costa County Sheriff's Department are retrieving wreckage from a plane that crashed Sunday in the Delta, just north of Antioch. (San Francisco Chronicle)


California’s largest utility shuts off power to thousands of customers in areas with high wildfire risk, and the prolonged outages are driving interest in residential batteries. (Sacramento Bee)

Gov. Gavin Newsom and legislative leaders reached a deal for a budget that gives boosts to funding for health care — including for undocumented residents — and early childhood education. It does not include a proposed water tax. (Capital Public Radio)

6 in 10 Californians want to end single-family-only zoning near transit and jobs, poll says -The question mirrored the policy proposed in Senate Bill 50, now-shelved state legislation that would have allowed for four- to five-story apartments. (Los Angeles Times)

More money to fight homelessness, less for youth services in proposed City budget -Starting next fiscal year, the city will begin making payments on the $448 million it owes the state pension fund, which fell into crisis after the recession. (Santa Monica Daily Press)

Density Bonus: Can the South Bay learn to love more housing? In the South Bay, concern over density has become even greater than usual lately, thanks to a controversial piece of state legislation. (Easy Reader)

More money to fight homelessness, less for youth services in proposed City budget -Starting next fiscal year, the city will begin making payments on the $448 million it owes the state pension fund, which fell into crisis after the recession. (Santa Monica Daily Press)

Budget to add $500k to pension payment, $75k for grant -The two-year general fund budget — the budget that covers all of the city core services. (Coast News)

To stop a virus, California has euthanized more than 1.2 million birds. Is it reckless or necessary?... Story.

White House rejects carmakers' plea for a deal with California on emissions… Story.

California court says convicts must pay restitution, even if crime is minor… Story.

Lafayette officials react after severe weather  -In Lafayette, we have increased flooding because our landscape.

Nonprofit jobs can pay off. Average compensation at a nonprofit is almost $8 per hour higher than what for-profit workers earn in some sectors. 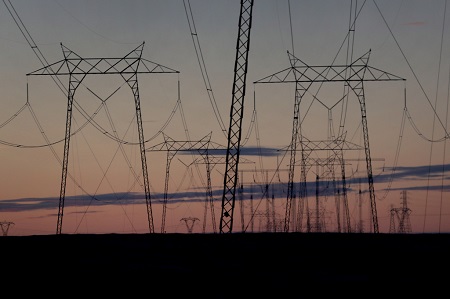