Lafayette council to appoint interim city manager to permanent job -“I am so pleased that the City Council is considering Niroop Srivatsa as Lafayette's next City Manager,” Mayor Mike Anderson said in a statement. (East Bay Times)

Fast-moving fire burns 58 acres; evacuations lifted in Oakley -About 4,600 customers in the area were briefly without power after a “precautionary power shutdown” requested by firefighters. (East Bay Times)

‘Trapped’ residents ‘evacuated’ to safety in Berkeley’s first-ever wildfire drill -Fortunately for everyone, the disaster was only a drill. Sunday’s one-hour exercise was the first of three planned events in the city in August. (Berkeleyside)

HMB residents warned about possibility of long outages -Coastside residents should prepare to be without electricity as PG&E aims to reduce fire danger by preemptively shutting off electrical power. (Half Moon Bay Review)

Officials in Marin Gird for Wildfire Outages -Marin could face a blackout lasting a week or more if Pacific Gas and Electric Co. implements a plan to switch off power to avoid a wildfire. (Techwire.net)

Lyft Fined for Not Having Enough Bikes (KQED)

Sue the Suburbs for Housing (MarinIJ)

CA struggles with climate change, while some push for more sprawl (Bloomberg)

How much traffic do Uber and Lyft generate? Now we have a better idea (CityLab)

High rents, nowhere to go: how the housing crisis is playing out in Modesto (Modesto Bee)

Breaking Down the Housing Crisis (ABCNews)

More on Wiener, the Election and Housing (48Hills)

In the U.K., drivers who kill while using a phone will face life sentences (The Telegraph)

Getting electric vehicles to pay a share of road maintenance (Planetizen)

Maybe you should stop flying? (Vox)

Give Up Your Gas Stove To Save The Planet? Banning Gas Is The Next Climate Push

West Lafayette gets 'Turtle Xing' sign thanks to boy's plea -A second grader in West Lafayette is making a difference in his community. Jack Wietbrock noticed an area in the city where turtles were seen crossing and wanted to make sure they could get to where they're going without harm.

Yosemite is sporting pink snow. The coloring at high altitudes is a defense mechanism against heat and UV rays. 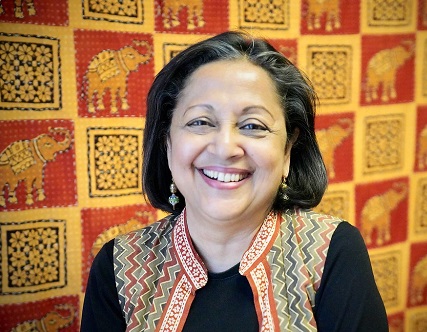 Niroop Srivatsa will be considered by the City Council on Monday for appointment as Lafayette’s new City Manager. See Top Story, above. (Photo: City of Lafayette)