Stolen Bike Quickly Recovered In Danville, Arrest Made -A young Danville resident, who had his bike stolen. Within 24 hours of the theft, Mark Linn, 49, was arrested in Lafayette. (Patch)

Diablo Ballet will open a dance school in Pleasant Hill -Diablo Ballet, the Walnut Creek-based company that has been a mainstay of the East Bay dance scene for a quarter of a century. (The Mercury News)

Bore 1 reopened after car fire in Caldecott Tunnel -At 10:36 a.m. Sunday, a Subaru Forester stopped in eastbound Bore 1 of the tunnel and caught fire, according to the California Highway Patrol. (East Bay Times)

Hey Berkeley: Are you ready for up to 8 days without electricity?  Could a public safety power outage affect you? If you live anywhere in PG&E's service territory your electricity could be shut off for longer than 48 (Berkeleyside)

San Leandro: Commission denies Aguilar’s fence modification request. Will he appeal City Council? -A controversial request by San Leandro Councilmember Victor Aguilar, Jr. to approve a fence he constructed without a permit was denied by the San Leandro Planning and Board of Zoning Commission last week, setting up the possibility of a contentious appeal of the decision to the City Council in coming months. (EB Citizen)

Oakland Coliseum executive resigns amid controversy - The executive director and CEO of the public agency overseeing the Coliseum and Oracle Arena resigned Friday amid questions over a stadium naming rights deal worth $3 million. (East Bay Times)

The San Francisco school board is reconsidering a decision to destroy a series of historic murals after complaints of censorship. The murals, which depict slaves and a dead Native American, were painted in the 1930s. (The New York Times)

Delivery robots are finally coming to SF -But only for tests, not for service—yet. (Curbed SF)

Trains Rolling At The Museum Of The San Ramon Valley

PG&E launches new resource for customers to prepare for wildfires -Learn how to open your garage door manually in case the power is shut off for safety or if there is an emergency outage. (Record Bee)

CalPERS considers board confidentiality rules ahead of private equity rollout -The plan includes creating two “CalPERS Direct” funds, one to focus on late stage venture and another on long-hold investments. (PE Hub)

Lafayette will look into charging homeowners in unincorporated areas for fire response -The state provides a rebate to the city of Lafayette for fire protection based on population.

J.D. Salinger’s unseen handwritten works are being digitized by his son. The reclusive author saw publishing during his lifetime as an invasion of privacy. 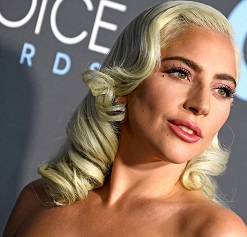