Suspects Abandon Stolen Car After Vehicle Pursuit, Flee Into Lafayette Monday -A second suspect was found on the second floor of an apartment complex in the 3200 block of Mt. Diablo Boulevard and detained at gunpoint. (News 24/680)

Stolen car driver evades deputies on foot after vehicle pursuit -Deputies reported spotting the stolen car at about 4:45 p.m. Sunday on Pacheco Boulevard in the unincorporated area between Pleasant Hill and Martinez. (SFBay)

The Prickly Pear Cantina Closes at Blackhawk Plaza in Danville

Why Are Local Politicians Denying Housing to the Middle-Class? -Opponents of CA’s SB50 claim that cities must choose between “affordable” and “middle-class” housing. They also claim any unsubsidized housing is “luxury.” But this denies housing in cities to the librarians, nurses, public employees, union construction workers and others in middle-class jobs. (Beyond Chron)

Emissions Report: Cars Are Still Our Biggest Problem -Underlying the push for increased density in SB50, MA’s Housing Choice, Austin’s land use reform and other bills is the need to build housing on transit corridors to reduce driving. (Beyond Chron)

California tries to save law it calls crucial tool in housing crisis -The California Renters Legal Advocacy and Education Fund, one of the organizations that sued, has asked Miram to grant a new trial. (San Francisco Chronicle)

The Bill That Could Make California Livable Again -Still, California Senate Bill 50, winding its way through the state legislature again this month, could generate tens of thousands of new jobs and billions. (The Atlantic)

How AB5 affects gig rivals: One gets more business, one exits California

Go to a concert on your own. Hip-hop and K-pop gigs sell the most single tickets, so you wouldn’t actually be alone. 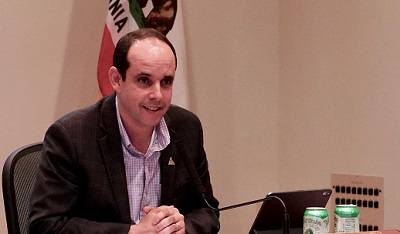 At last night’s meeting, the Lafayette City Council objected to a letter concerning the Terraces of Lafayette project sent by State Senator Skinner. Councilmember Cam Burks called for Skinner to be investigated. See Top Story, above. (Photo: City of Lafayette)