School district to pay $8 million settlement to parents of Danville boy who drowned during swim class -- The San Ramon Valley Unified School District agreed to pay the parents of a 15-year-old Danville boy who drowned during his high school swim class $8 million in a settlement, the attorney for the student’s parents said Monday. (San Francisco Chronicle)

Danville Could Get a Townwide Bike Plan -The Danville Town Council gave the go-ahead for the town to solicit a bicycle master plan from Oakland-based Alta Planning. (Patch)

Chevron Refinery Conducts Flaring, Briefly Evacuates Employees -Something went down Monday morning at the Chevron refinery in Richmond, and it led to some flaring — the practice of safely burning excess hydrocarbon gases. (SFist)

Mohammed Nuru, the powerful San Francisco Public Works director accused of fraud in a widening corruption scandal, resigned before he could be fired. (The San Francisco Chronicle)

‘Huge shortage’: Bay Area clinics seek supplies of masks for coronavirus -- In late January, as the coronavirus continued spreading across the globe, the Foothill Community Health Center in San Jose had a problem. (San Francisco Chronicle)

At a make-or-break time for Juul, the e-cigarette maker based in San Francisco, employees are questioning the company’s leadership and thinking about quitting. (Buzzfeed News)

PG&E wants more money to ‘harden’ California against wildfire. But your bill could go up -- PG&E Corp. is asking for more rate hikes as it continues to wrestle with the fallout from California’s devastating wildfires and the risks of new fires. In a pair of filings late last week with the California Public Utilities Commission, the troubled utility asked for permission to charge ratepayers $1.4 billion for over the next two years. (Sacramento Bee)

NPR and California public radio stations are collaborating on a new statewide newsroom aimed at reporting on areas that have seen local news coverage diminish. (NPR)

Valley of the Newts Walk at Las Trampas

Housing Discussion Takes Center Stage at ABAG Annual Meeting -Housing in the Bay Area and throughout the state is a topic that has dominated headlines, most recently during last week's battle in the Legislature over Sen. Wiener's Senate Bill 50, which sought to promote production of more homes near transit. (Yahoo Finance)

Newsom offers vacant land across California for homeless shelters. But local officials are worried: Who will pay? -- It was two hours after dusk in Santa Ana, and the temperature had dropped 10 degrees since sundown. A line of men and women bundled against the chill curled past the National Guard Armory’s entrance, around the side of the building and into the parking lot. (Calmatters)

Raleigh Wants to Raze and Rebuild the Community Meeting -Facing a housing shortage, the North Carolina city is dismantling its Citizen Advisory Councils, which have shaped development decisions since 1974. (CityLab)

How Cars Make Life More Expensive-Even If You Don't Own a Car -Auto-dependence starts with land use, and zoning codes ensure everyone pays for the privilege only available to some. (Planetizen)

Across the Globe, Urban Sprawl Is Spreading -Satellite images dating back to 1975 map how millions of cul-de-sacs and dead-ends have proliferated in street networks worldwide. (CityLab)

CalPERS Critic Left Off Investment Committee -The most vocal CalPERS board member is no longer on the $400 billion-plus pension system's investment committee under a board restructuring. (Chief Investment Officer)

The Battle for California's 20 Million Voters Came Early This Year

With one California recycling bill already dead, will this be the year the state tackles its waste crisis?

Netflix uses as much power as 40,000 US homes. The streaming giant’s energy use leapt 84% last year, but executives promise they have carbon offsets to match. 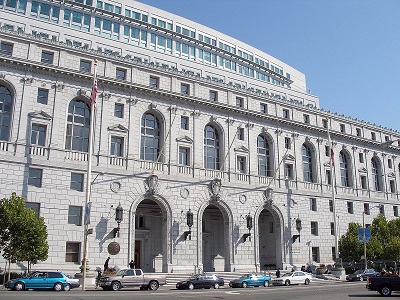 California’s First District Court of Appeal affirmed the City of Lafayette’s trial court victory in a case filed by a small group of Lafayette residents. In its order, the Court found there was no evidence that anyone at the City of Lafayette – Councilmembers, staff, or the City Attorney – was biased. See Top Story, above. (Photo: Wikipedia)