Firefighters, paramedics on quest to teach students CPR -The sessions are part of a county-wide initative to train 10,000 students.  (Concord Clayton Pioneer)

The Oakland A's Are Betting On Development To Buoy A New Ballpark. They've Got A Long Way To Go -Their plans for a waterfront ballpark in the city's iconic Jack London Square represent only the latest — but arguably the most ambitious — attempt at making a new stadium central to a much larger mixed-use project. (Bisnow San Francisco)

San Francisco Parking Meter Pricing Goes Up — and Down -The San Francisco Municipal Transportation Agency adjusted parking meter pricing this month, but not all will see increases. (Bay Link)

South Beach parking space asks $100,000, which, unfortunately, is normal -The listing by realtor Bill Williams advises would-be buyers that the garage spot is a great place to "park your money" thanks to its prime South Beach location one block away from Oracle Park. (Curbed SF)

California is dry with no rain in sight. Should we start worrying about drought and wildfire? -- California’s alarmingly dry winter continues, with no meaningful snow or rain in sight. Although it’s far too soon to predict a drought, experts said wildfire risks could worsen this summer as a result of the shortage of precipitation. (Merced Sun Star)

There’s A Lot Of Misinformation About California’s March Primary Election. Here Are The Facts -- Some on Twitter have falsely claimed that millions of voters won’t be able to choose their favorite presidential candidate because they’re registered as No Party Preference. (PolitiFact California)

How Gov. Newsom's ambitious budget proposals for teacher recruitment and preparation will be spent -- California Gov. Gavin Newsom’s bold plans for recruiting and preparing teachers, revealed in his budget proposal last month for the coming fiscal year, were widely acclaimed by teachers and other education advocates. (EdSource)

Financial Strategies for a Successful Retirement

Oakland tenants refuse to pay rent, demand landlord sell building -Half of the building’s 14 households are participating, and with the strike in its fourth month, their tactics may be working. (East Bay Times)

Bay Area partnership to exceed $500 million goal for housing fund - A year after its launch, The Partnership for the Bay's Future says it's on track to raise $520 million by June. (BANG)

Residential Land Use and the Spatial Mismatch between Housing and Employment Opportunities in California Cities -When workers can't afford to live near where they work that often translates into longer commutes and more time spent in traffic-an increasing reality for many Californians amid the state's housing crisis. (Terner Center)

$500 million-plus housing crisis fix? Fund will help build homes, craft policy - The Partnership for the Bay's Future announced investments that will produce or preserve 800 units of affordable housing - all of which should break ground or start renovations in the next six to 12 months. (Mercury News)

Marin County Updates Codes for Accessory Dwelling Units -In an effort to address a housing shortage in Marin, the county's Board of Supervisors voted unanimously this week to further relax rules pertaining to accessory dwelling units. (Bay Link)

First Prefabricated ADU Installed in Long Beach -The InstaHome was constructed offsite, lifted into the air piece by piece by a massive crane, and then maneuvered into a single-family backyard near California State University, Long Beach. (Long Beach Business Journal)

After 20 Years, Colorado May Reverse Decision That Limits Cities' Affordable Housing Powers -The Colorado Supreme Court ruled in 2000 that cities can't force developers to include lower-cost housing units in new developments. The court found that "inclusionary zoning" qualifies as a form of rent control, which is illegal under state law. This year, the so-called "Telluride decision" is a major target for housing reformers in the state legislature. (Colorado Public Radio)

Traditional Ways of Paying for Fires and Floods Aren’t Cutting It -Utility companies are facing climate change-related costs so high that they can no longer pass them on directly to customers. (CityLab)

Newsom offers vacant land across California for homeless shelters. But local officials are worried: Who will pay?

As part of centennial celebration, Lafayette Rotary Club looks back at 1930s -Live oak trees, aprons and the Great Depression were a few of the topics discussed during the Rotary Club of Lafayette's meeting Thursday.

The Parasite craze found its way into the noodle market. Inspired by a scene in the Oscar-winning film, people are mixing two types of noodles to make chapaguri. 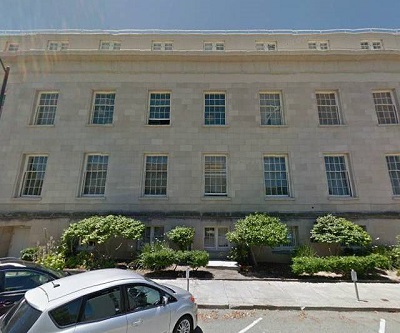