Around Lafayette: Area officials go to Sacramento to talk housing, other issues -So off they went to Sacramento this month, Lafayette's Mayor Mike Anderson and City Manager Niroop Srivatsa, to talk with legislators and their staff. (East Bay Times)

Crew Arrested In Lafayette After Earlier Theft In Moraga Wednesday -Lamorinda police descended on a car containing four people suspected of an earlier theft at the TJ Maxx store in Moraga Wednesday. (News 24/680)

A Danville Ballot Measure Sparks Debate Over Open Space -Measure Y would allow for development and public access to trails on property owned by the Magee family. (KQED)

New plan will protect open space near Clayton -The red area shows the approximate boundary of the perpetual conservation easement that Save Mount Diablo plans to acquire. (Concord Clayton Pioneer)

Hundreds of Berkeley high school students walked out of class to protest what they described as an administration that doesn’t adequately protect students from sexual assault. (Berkeleyside)

Barranco Basking In Favorable Press -Are you looking for a restaurant recommendation? Diablo Magazine has labeled Barranco in Lafayette a Critic's Choice. (Patch)

Drought conditions returning to California, new report shows -Driven by week after week of unusually dry weather, the federal government on Thursday classified nearly 10% of California as being back in a drought for the first time since last year. (BANG)

PG&E to Customers: Let Hearts Soar on Valentine's Day, Not Metallic Balloons -If the balloons float away and make contact with power lines, they can short transformers, melt electric wires and cause power outages. (Yahoo Finance)

What’s Going on with Hartz Cafe in Danville?

How Much Should BART Parking Cost? (EastBayTimes)

How to fix public meetings (Curbed)

Why Moms4Housing is such a big deal (California Magazine)

SF’s wealthiest renters are having trouble paying for housing (Curbed)

Could Valencia Street be the next to go car-free? (Curbed)

And the city is moving towards bike-friendly streets everywhere (Eltis)

This 26-year-old became a small-town California mayor. Then a jet dumped fuel on her snakebit city

Rising seas already overwhelm the Bay Area. Time is running out for California to act

The hellish experience of getting your Real ID at the DMV: Long lines are just the beginning

BART has lost nearly 10 million riders on nights and weekends. Can it lure them back?

Something in space is sending radio bursts to Earth at regular intervals. Scientists are still debating what is creating the waves, which follow a steady 16-day cycle. 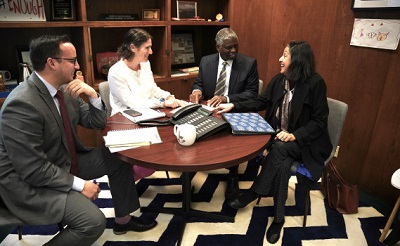