A second generation, Chinese American, born in (the then U.S. Territory of) Hawaii in the early 1900s, Jared Young Chong (1904 – 1990) was raised in an artistic desert, but, against all odds, he departed for San Francisco in 1926 to study Fine Art at the University of California, Berkeley and the San Francisco Art Institute. His son, Lafayette resident Gordon Chong, curated the posthumous show "Cultural Explorations: Modern Works by Hawaiian Artist" to honor his father's work. The show consists of collage and oils created over a lifetime.  Viewers suggest seeing in his work the cultural influences of Diego Rivera, the Tahitian period of Gauguin, the colorful boldness of Hans Hoffman and the landscapes of Richard Diebenkorn, albeit expressed with a Polynesian orientation. In reality, his lack of exposure to the barrage of western influences resulted in a timeless, contemporary expression of his own making, perhaps an artistic integration of many that reflects his multi-cultural background of having been raised in Hawaii. For More Information: jaredyoungchong.wixsite.com/portfolio 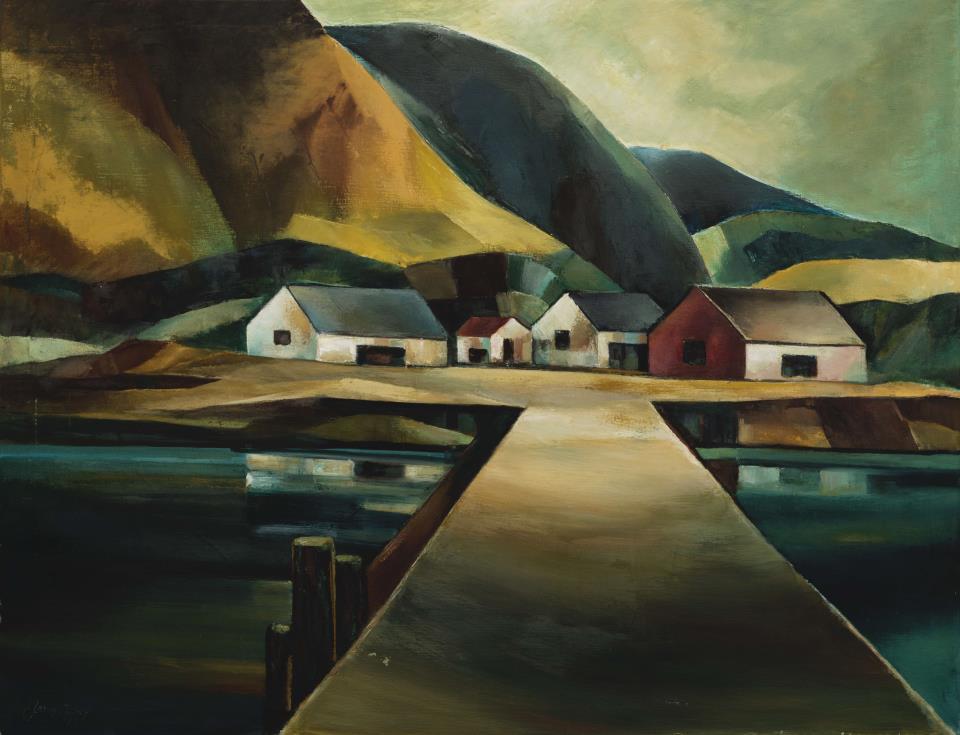